At the head of the group that has alienated the properties of Spille, in Kavajë stands Seid Cikalleshi, former City Mortgage Leader and at the same time the father-in-law of the former Socialist Party chairman Gentian Daja.

The latter is widely known as the closest man to the former mayor of Kavaja, Elvis Rroshi. Both of these people, during the time Elvis Rroshi ruled Kavaja, turns out to have administered all the staff politics in the city through which they have received various benefits.

In the present case, the relatives of Rrosh and Dajka, have benefited large land surfaces on the Spillë coast, through forgeries committed by Seid Cikalleshi and his subordinates.

The Kavaja Prosecution has sent nine people on trial Friday, accused of “document forgery” and “abuse of office”. From the investigation, it turns out that they have transformed a land forest land, in the sand belt, totaling about 360 thousand square meters, on land plot.

According to the law no. 7501/1991 “On land”, forest plots could not be distributed to residents of the area. For this reason, Cikallesh and his former subordinates have falsified the documents, transforming them into land. Further, this land was distributed, without their knowledge, to the inhabitants of the area, who, without their knowledge, donated it to the families of Rroshi and Dajka. All these practices, namely the transfer of ownership and then the acts of donation were carried out on the basis of forged documents.

“Boldneës.al” has secured the full file of the Kavaja Prosecution Office, in which numerous violations and, often, of the absurd nature were found.

One of the most typical cases is the alienation of the former shooting range in the village of Around-Greth. This property resulted in the use of the Ministry of Defense, which had applied three times in the period 2015-2017 to obtain a certificate of ownership. In all three cases, the registration of Seid Cikalleshi was denied because of the fact that it was a forest and, as such, the law foresees to be public property in the municipal inventory.

But by the investigation it turned out that in 2016, with the signing of the Mortgage Director, Cikalleshi, this property was registered in favor of citizens Rr.Q and V.E. The latter, through a notary act, have been transferred by the citizen Idlir Karkini

In another case, citizen B.M. stated in front of the prosecutor that: “In May 2016, before the campaign I met a citizen Agron Giuliani who in that period was the chief of Spille village Kavaja and told me that he would give me land for my three children who were born after 2003. And I would help her campaign. But without knowing where these lands were. He asked for a family certificate of August 1991 and the current family certificate and a copy of the ID card.

After this conversation, as the citizen B.M. shows, he received the certificates requested by the defendant Agron Giuliani and gave him, along with photocopy of his passport and his wife.

“After the elections – his citizen B.M tells his story. Citizen Agron Giuliani came with his car to my house and told me together with my wife to sign some letters, which were made by notary Arber Aliu. I together with my wife signed without knowing what was written in those documents. After this action, I have asked Citizen Agron Xhelezi several times that it was done with the land he had promised but he told me to wait. He told me he would give me the certificate of ownership and that the land was located in the hills of Sharrdushk village.

In fact, this land, promised by B.M. turns out to be registered in the Mortgage on behalf of another citizen, a relative of the local leaders of the Socialist Party in Kavaja. But according to mortgage documents, the recipient of the property received it on the basis of a donation by the declarant B.M., who insists he has not received land and, more so, has donated it.

The Kavaja Prosecutor’s Office has conducted two separate investigations in time for the massacre by splitting the lands on the shore of Spille. On Friday, he sent for trial to the first group consisting of 9 people: 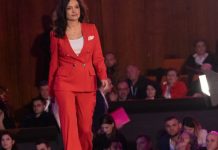