The decision of the Interim Attorney General, Arta Marku, to transfer the file “184” from the Serious Crimes Prosecution to Dibra is virtually a cessation of the investigation of senior socialist officials caught in procedural wiretaps in a vote-rigging operation, in the 2016 local elections.

This development triggered strong opposition reaction, which, however, saw, together with public opinion, the materialization of her thesis that Arta Marku was elected to the Prosecutor’s Office only to close investigative files against socialist majority functionaries.

So far, two relevant factors of Albanian political and public life – the Socialist Party in the Majority and the US Embassy, a driving force for justice reform in Albania – have not commented on the transfer of the file to Debar.

Silence
The non-response of the majority is understandable. Indeed, it seems clear that its leadership has moved Arta Marku’s hand to sign one of the most severe decisions of the Albanian prosecution in recent years.

There is also silence from the “Elbasan Street”, which has always been active in hot issues of justice. The US diplomatic headquarters in Tirana has used, in some cases, a hashtag to urge the Albanian authorities to continue the fight against power-wielding crime – “who’s next” – whoever is next.

This expression was used by Met Kanani,an Albanian drug boss, for whom the Albanian authorities had no record  when he was arrested in Turkey.

Who’s next said the US Embassy even when Clement Balili was arrested, which he also labeled “the Balkan escobar,” despite the amount of drug trafficking attributed to him – about 760kg of cannabis – is far less than the cargo tons that have sent to Italy other groups, including Habilaj.

“Who’s next” demanded the Embassy even after the first sentence of Emiljano Shullazi, a development which, it must be admitted, received strong encouragement from its headquarters.

But only so. The US Embassy seems to have limited its response to only mentioning some Albanian crime figures, without going to high-level officials suspected of involvement in serious criminal corruption and vote theft, for which public opinion has (or at least there was) high expectation from the Justice Reform.

In some cases, the embassy’s views have been contrary to what the Albanian authorities have suggested. When the Prosecutor General’s Office asked Parliament for authorization to arrest former Interior Minister and MP Saimir Tahiri, former Ambassador Donald Lu cited “Neck-Bar” sentences, a clear reference to the communist era, when many people were sentenced without evidences.

Today, Saimir Tahiri is on trial and awaiting a verdict of justice on serious charges of participating in a criminal narcotics trafficking group brought against him by the Albanian Prosecution.

Where are the “fishes”?
The US Embassy was very active in changing the Prosecutor General’s leadership in late 2017.

When Parliament voted, with only 69 majority votes to name Arta Marku in the position of Interim Attorney General, the former ambassador Lu reacted immediately. Expressing his cynicism about former Chief Prosecutor Adriatic Llalla, he said: “The Attorney General who refused to prosecute politicians is gone.”

This statement seemed to refer more to the “negligence” that Llalla made to Lu’s request to bring to account Ilir Meta, then Parliament Speaker and President today, as well as other former officials on the opposition fence.
But not for those of Edi Rama’s socialist majority.

In close meetings with journalists, Lu said that he “learned the Albanian language by following the recordings of Ilir Meta’s trial” (following Dritan Dajti’s accusations). A diplomatic form used by Donald Lu to show that he did not share the same conviction with Meta’s acquittal from the Supreme Court.

Lu’s immediate request to Lala for Meta’s arrest was also expressed by former prosecutor in a formal letter to the US Senate some time after this conversation.

Under the blessing of Donald Lu, who seems to have inherited the job of Leyla Moses-Ones as well, Arta Marku took office and started with enthusiasm, where just a few weeks after her appointment,several former leaders of the Albanian Road Authority were arrested, all appointed by the opposition (PD-SMI), were arrested at various times.

After this “crackdown”, everything else has spoken about the Prosecution favoring affairs involving senior political and institutional leaders of socialist government.

The “dismissal” of the charges against senior officials in the “184” file has reached the pinnacle, at least so far, of the service Arta Marku is providing to the majority that choose her.

But even before this “high point”, the Prosecution has shown itself, at least passively, in some other sensitive cases.

Who’s next?
– The prosecution has long been locked in the “339” file, where senior and middle officials have been involved in collaboration with criminal groups for stealing / buying votes in the 2017 general election.

– The prosecution has been suspending, for more than a year and almost without any action, the file of massive corruption of the “New Ring”.

The prosecution, with its signature, removed from Albania a man considered to be the “Habilaji financier”, just when he appeared to have chosen to take on the role of “penitent” to show the strong links between politicians and senior officials with organized crime and international trafficking.

Who’s next? Who’s in line to be fired after the “184” file?  Perhaps, embassy video-drawings may provide a better orientation for answering this question. 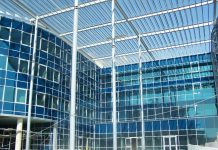 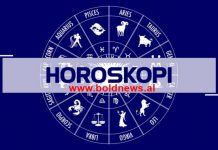