Some draft amendments to the law on the State Police may best justify the concern of the US Ambassador to Tirana, Yuri Kim, who notes that the authorities are evading Justice Reform.

A government project recently submitted to parliament envisions, among other things, the possibility for police to conduct wiretaps without the authorization of the Prosecution or the Court, as well as the establishment of a Committee in which prosecutors will report to the Interior Minister .

While these two controversial proposals are considered by lawyers and law experts as an illogical strengthening of the police to the detriment of the independence of the justice system, the government seems determined to advance its project. 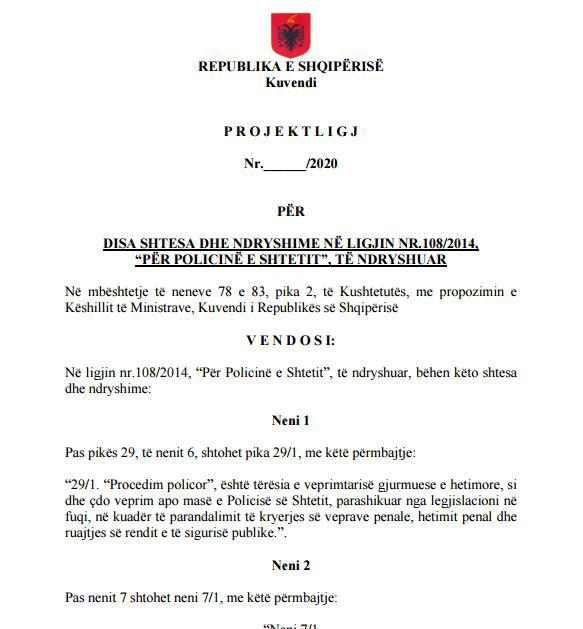 The Interior Minister , Sander Lleshaj, in a media statement this weekend from Kakavija aimed to extinguish the critical voices. “The police is a law enforcement body of this state, which has the exclusive task of preventing crime. And, in order to prevent this, the Police will also have these instruments (interception) in hand “, declared Lleshaj.

But the issue of wiretapping is not so simplistic. Moreover, the way in which wiretaps will be conducted in criminal proceedings has been one of the most delicate points since, for the first time, the Criminal Procedure Code in Albania provided for the possibility of interception.

The Penal Code and the Albanian code of the Penal procedure are based on similar Italian and German laws.

– Preventive interceptions are performed by the State Police, the State Intelligence Service, the Internal Control Service in the Ministry of Interior, only after a prior authorization of the Prosecutor.

Technically, preventive interceptions are performed by structures that operate near the institutions listed above

– The procedural interceptions are performed by the interception nucleusin at the General Prosecutor’s Office, after the authorization that the prosecutor of the case has received in court.

So, in both cases, the Code of Penal Procedure, a special law, which stands above simple laws, entitles the prosecution and the court to authorize wiretapping, thus creating a hierarchical control system.

However, the amendments to the law “On State Police” aim that, for preventive interceptions, the authorization is given directly by the police leaders. 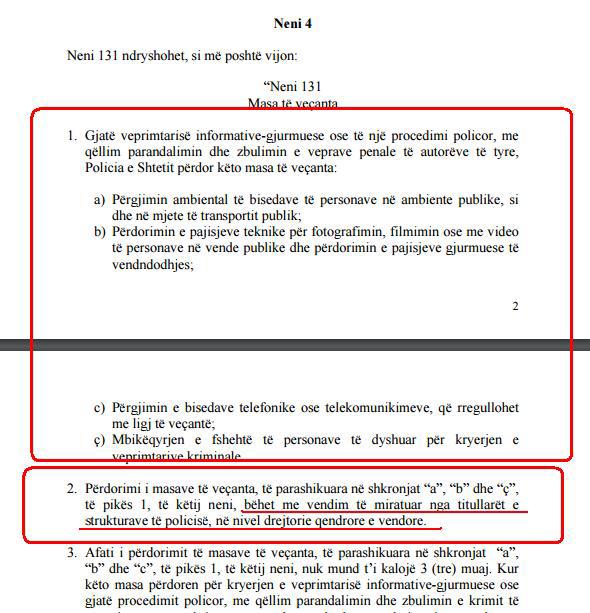 This provision contradicts not only the Code of Penal Procedure, but also the principle of control between powers.

Sources from the General Prosecutor’s Office and the Special Prosecution, SPAK, stated for “Boldnews.al” that “the draft has just been made available to the public and they are preparing their position”, without giving preliminary explanations on how they evaluate the government project.

The legal changes, in which the Police acquire the right of self-authorization to carry out wiretaps, are being treated as a form of “decentralization” of the interception process, in order to increase efficiency in the fight against crime.

In fact, the “decentralization” of wiretapping has been discussed for several years, but always giving the prosecutor the right to authorize interception or to go to court for permission.

According to the decentralization project, it is intended that this process will not be technically focused only on the General Prosecutor’s Office, but that mini-nuclei will also be established in some local prosecutor’s offices.

This project has not advanced, so far, also due to the fact that it has a very high cost. However, lawmakers have envisioned a “decentralization” of wiretapping in the Justice Reform package.

The Special Anti-Corruption Structure (SPAK) is expected to have a special eavesdropping unit, detached from what is currently in the General Prosecutor’s Office.

Lawmakers predicted that the SPAK, being an institution completely detached from the General Prosecutor’s Office, should have the opportunity to conduct wiretaps for its criminal proceedings, independently of the part of the prosecution with general jurisdiction.

So in any kind of discussion, eavesdropping is about the role of the prosecutor and the court. But the government seems determined to give the police, based on amendments to a simple law, powers similar to those deemed unconstitutional by the Constitutional Court in a law passed in 2015.

Committee chaired by the Interior Minister

Legal changes in the State Police provide for the establishment of a Committee, which will discuss priorities and review the results of the fight against crime, in periodic meetings at least once every three months.

The committee, according to the draft amendments, will be chaired by the Interior Minister and will consist of the heads of several constitutional institutions, including the General Prosecutor and the Head of the Special Prosecution Office-SPAK. 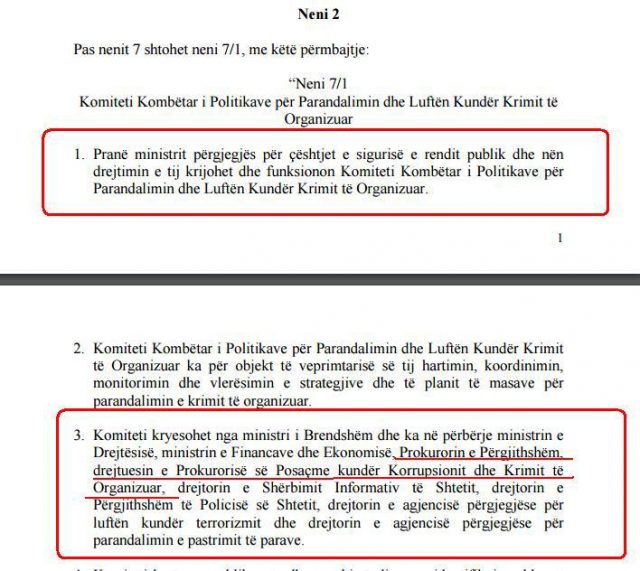 Despite the fact that the government considers it simply as an inter-institutional “committee” for policy making, it is, in essence, a reversal not only of the Justice Reform, but also of the entire justice system in Albania.

According to the draft amendments, the General Prosecutor and the head of the SPAK will report on the progress of criminal proceedings, as well as the problems encountered in the field.

Meanwhile, the Constitution stipulates that the General Prosecutor and the head of the SPAK to report, at least once a year, only before the Albanian Parliament.

Also, the only “committee” where the leaders of the Prosecution report is the National Security Council, headed by the President of the Republic.

Meanwhile, amendments to the law “On State Police” aim to force the Prosecutor General and the head of SPAK to “report” to a committee headed by the Interior Minister, a very political post and much lower than those at the institutional hierarchical level.

The legal package of Justice Reform, adopted in July 2016, with the support of international partners, the European Union and the United States, aimed at strengthening the independence of the justice system and avoiding political interference in the judiciary.

But government proposals risk turning Albania into a system applied during the long period of communism, in which police and other repressive bodies, including the former State Security, had opportunities  to carry out procedural actions, while the Prosecution and the court , formally,confirmed the police investigations.