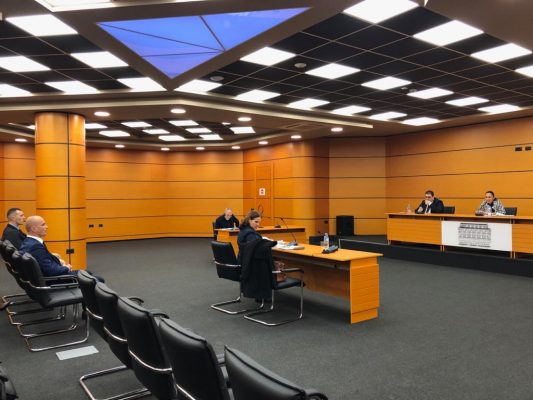 The Independent Qualification Commission has dismissed Mariana Velçanin, President of the Administrative Court of First Instance in Durres.

She appeared before the trial panel for the re-evaluation hearing on December 11. The panel consisted of Firdes Shuli, Roland Ilia and Brunilda Bekteshi. In the capacity of international observer, Hans Klijstra was present.

LEXO EDHE  The Socialist Party's mayor was caught using drugs/ Cupi: We will denounce every crime

Mariana Velçani had just been selected by lot as an alternate member of the Administrative Court judges in the Appointments Council for Justice.

Mariana Velçani began her career in the justice system in 1998. She has worked for more than a decade as a judge at the Berat Court and in 2014 was decreed to be a member of the Administrative Court of Durres.