Supreme Court Legal Assistant Elona Kana, wife of Vice President of the Central Election Commission, Denar Biba, is expected to face the Independent Qualification Commission this Wednesday, where she will explain the rapid increase in wealth over the last years.

The panel that will examine the wealth of the Biba family, as well as Elona Kana’s personal integrity and professional abilities, consists of Olsi Komici, Gencila Pine and Suela Zhegu.

A survey conducted on Denar Biba and Elona Kana’s asset declarations, obtained by Boldnews.al through a request for information, shows that their wealth has taken an upward trajectory, especially in recent years, when in power is the Socialist Party.

Elona Kana and Denar Biba are among the wealthiest couples of income-generating people working in state.

Kana and Biba have no legacy, have never been in business, at least since 2003. And yet, their annual income has at times reached the value of 3-4 million new leks, provided by state employment, lectures, and Soros Foundation projects.

Biba Spouses own three apartments, one of which is donated, of large bank accounts, vehicles, bonds and Treasury Bills, as well as holders of Investment Funds in a commercial bank.

According to the data, Denar Biba has not escaped the “virus” that has seized judges and prosecutors dismissed from Vetting, that of gifts between family members and loans with no interest and no repayment term.

Question marks in the first statements

Denar Biba has declared his property since the law came into force in 2003.

In the first statement, he notes as his own assets only new income of 1.3 million ALL, as well as a loan of 2 million ALL. For this loan, it does not state to whom it received it, whether it has interest and repayment terms, and why it used it.

So this was the estate of Denar Biba, then Director of the Directorate at the Supreme Court, as well as beneficiary of Soros’s projects, according to his own statement.

But a year later, Denar and his wife became the owners of an apartment worth 4 million lek. The asset statement gives no indication of the source of the purchase of this apartment – no credit, no savings, no debt. Nothing. The only note is that Denar has become the owner of this apartment and has used a loan of 1.5 million ALL for his payment.

It is not clear whether this loan (1.5 million) ALL is different from the previous one (2 million ALL), or it is the same. However, as in the previous property statement, this loan also gives no indication of who received it, whether it is of interest or not and what the repayment term is.

Meanwhile, it manages to save another 1 million ALL, enabled by the increase in family income from salaries, which in that year is estimated at 2.6 million ALL.

From 2007 to 2012, the Biba family’s wage income ranges from ALL 2.3-3 million per year. These incomes give spouses the opportunity of periodic savings.

In 2012, their savings, Biba and Kana decide to invest and spend. Initially they buy Treasury Bills worth € 13,000. They also set up a bank deposit worth 2 million new leks, as well as buying a 19,000 euro Hyundai vehicle.

In that year, the Biba-Kana couple secured the highest level of annual income – at a total of 4.8 million new salaries and a spouse’s compensation for dismissal (at KKRT).

Also added to this figure are another 13,000 euros, benefited from Soros projects, the “Konrad Adenauer” Foundation, income from deposits in the amount of 1700 euros, as well as the sale of Mercedez, worth 4,000 euros.

Namely, in the most prosperous year of Denar in terms of income, he also earns a 134 m2 gift apartment. According to a 2012 property statement, Biba claims to have received an apartment gift from his parents. The Denar share is 50%. The rest is of his sister.

In addition to wealth, 2012 was good for Denar Biba’s career. In October of that year, he is elected a member of the Central Commission.

In addition to wealth, 2012 was good for Denar Biba’s career. In October of that year, he was elected a member of the Central Election Commission on the proposal of the Socialist Party.

In the period 2013-2016, the couple’s income continued to be high, which allowed them to add bank accounts, use investment funds in a commercial bank and, above all, book a new apartment , worth 83,400 thousand euros, as well as a parking lot in the amount of 7 thousand euros.

In this way, Denar Biba, always according to his statements, turns out to be the owner of three apartments – the first one bought for 4 million ALL in 2004, for which no source is listed; the second is the apartment donated by parents in 2012; and the third, the apartment booked in 2015, worth 83,400 euros.

But despite considerable income, Denar Biba claims to have received a loan worth 5,000 euros. Again, as in the initial statements, he does not indicate to whom he received the loan, nor whether the loan is of interest or when the repayment term is due.

In addition, in the asset declarations for 2017 and 2018, Denar Biba returns to declare the loan amounting to ALL 1.5 million he received in 2004 for the purchase of the first apartment.

The asset declarations show that Denar Biba, with considerable income for many years, continues to hold a loan of 1.5 million ALL for about 15 years.

However, the above data is provided by property forms completed by Denar Biba and his wife, Elona Kana. 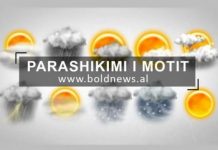 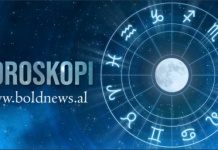