The most important decision in his 13-year career as a judge, Fatos Lulo has made it to the Constitutional Court when he spoke out against the law of vetting, precisely the law that jeopardizes his further journey to justice.

But who is Fatos Lulo? As stated in his curriculum, 57-year-old Fatos Lulo graduated with a law degree in 1988 and after that for the next four years was hired as a lawyer on the social welfare committee.

From 1994 to 2004 he served as a lawyer. He is then elected by parliament as a member of the National Council of Radio and Television.

Lulo donned the senior judge’s dossier from 2005 to 2013, a time when he appeared to have made decisions mainly as part of civil panels for unfair dismissals, as well as being part of a joint panel when the dismissal of three military judges, who the Supreme Court ruled against a citizen of Mihal Delijorgji who had been on trial on suspicion of smuggling, a file that was brought to the attention of HCJ inspections following the Gerdec tragedy.

Fatos Lulo also expressed his defense in another judgment in 2005 in the High Court, when examining the case, Judge Gaba and others, who were dismissed by the High Council of Justice at the time when this council was headed by Bamir Topi. .

But the most delicate issue that goes beyond Albania is the extradition of Almir Rrapo to America, an issue that was considered by the High Courts at a time that it did not bring the guarantees of extradition to life.

In fact, this decision reversing two decisions in favor of extradition to the lower two levels was delayed because Rrapo had already been handed over to the Americans.

As a coincidence at the time, Almir Rrapo was defended by lawyer Ardian Visha, the same man who today fights to keep Fatos Lulo in court. 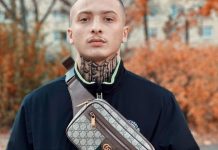 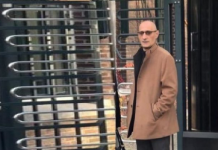 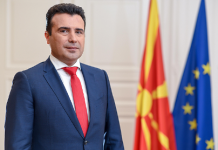