Erion Veliaj continues to duplicate his idols, Edi Rama and Barack Obama. The latter copies it in the pictures. For example, if Obama served poorer food, a few months later, Veliaj realized, which has happened, as well as a photograph. The facts have shown that Veliaj has copied the US President in a photo by moving the couch where Obama moves to the White House while Veliaj in the Municipality of Tirana.

Meanwhile, during this time, Veliaj is rumored to be one of the followers of Edi Rama. Both come from emigration, while Rama has also headed to the Tirana Municipality afterwards. His aspirations can be great, but let’s leave something like this.

Bold News has provided some documents that say that Veliaj has copied the Rama model, namely by painting the facades. Everyone remembers that during the Rama era in the village, he had fixed the painting of the facades, while the alleys left him muddy or pitched. This is happening even during the governance of Tirana by Erion Veliaj. A few days ago, Bold News published some alleys in Tirana, left to chance. Despite having invested billions of Lek in infrastructure in the capital, some roads have been adjusted to no worse and nobody hands up.

Focusing on the facade, the Municipality of Tirana has opened a procedure for “consultancy service”. The procurement object is a design study of nine road infrastructure facilities in Tirana for 2016. One of the drawbacks of this tender is “rehabilitation of facades at the entrance of Medar Shtylla” street.

According to the documents, it turns out that the municipality wants to spend about 45 million Lek old for facades. “The facilities are located at the beginning of Medar Shtylla Street. Buildings were built before the 1990s. The construction style is of the Italian type. Buildings are 2 floor and the roof is covered. Over the last few years these facilities have been degraded and have facade problems. The roofs are broken down and partially replaced by the tin roof. The facades have lost their identity as they have made changes with new cracks. By making the façade and roof interventions in these buildings, we give a new value to these buildings, “says the Municipality.

The municipality says the designer must provide all the details for the installation of the discharge cassette and vertical blinds as well as other details necessary for the implementation of the works. It should also show the slope drainage scheme, the number of gutters and their diameters according to the norms in force. The data of the Hydrometeorological Institute will be used for precipitation amounts.

The façade of the buildings should be easy to avoid, avoid the large glass surfaces where possible, while the façade colors are beautiful so that the object becomes more attractive to the citizens. The consultant will provide all the reinforcement details of the retaining masonry when it is presented with problems. In the case of cracked walls, the consultant will show how to repair / consolidate them. 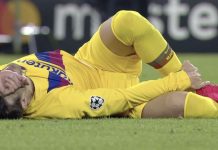 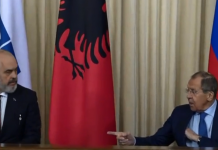 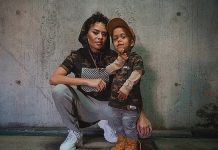