A network of small companies in partnership with each other and companies with unknown owners in the fiscal paradise are winners of three incinerator concessions in Albania – projects that are expected to multiply the costs of waste treatment at the expense of Albanian taxpayers.

Returned from emigration several years ago, Leonard Janji from the village of Verri Fier has expanded his farm and produces today over 100 tons of tomatoes and melons for the domestic market. But the 38-year-old says his investment in agriculture is being jeopardized by the Fier incinerator project, which is being built almost a kilometer away from the newly-built land.

For over a year and a half, Janji and his co-villagers have organized several protests against the incinerator building in their village, but concerns have fallen on deaf ears. The farmer is afraid that this project will release his output from the market and force him to flee again to emigration.

“I do not want to leave, but I am bound by these circumstances, by not informing me and keeping in the dark what’s happening here. From the violence used and the lack of justice in this country, “complained Janj.

The Fier concession with an investment value of 28 million euros and processing capacity of up to 200 tons of waste per day was announced in September 2016 by the Ministry of Environment. But residents of the village of Verri were informed a few months later, just after heavy duty trucks appeared near their homes.

Kleanthi Ngolemi, a resident of Verri village, said public consultation with the community was a farce and demanded clarification from the authorities on contamination that endangers residents. After dozens of petitions and unannounced protests, he still wants the government to clarify the impact that this project will have on their lives.

“We protest to come here and tell us that in this adjacent land, where we produce for all of Albania, there is no impact. No one tells us to explain it, “he said.

Since then, the government has signed three concession contracts for incineration plants in Elbasan, Fier and Tirana with an investment worth 178 million euros in total. But the new policy on waste management has been criticized in the latest progress report of the European Union.

“Building an incinerator in Elbasan, which started operating last year and plans for further investment in incerterators, pose a concern in terms of respecting EU principles,” the latest EU progress report .

“Growth and incineration are the least-liked waste management options,” adds.

Secured documents show that the unsuccessful winners of these concessions are a network of small companies in partnership with each other as well as companies registered in tax havens with unknown owners.

Elbasan and Fieri incinerators are owned respectively by Albtek Energy companies owned by Stela Gugallja and Integrated Technology Waste Treatment Fier, where 70% of the shares are owned by Klodian Zoto. Meanwhile, 30 percent of the concession shares worth about 28 million euros were sold to a local company for 30 thousand lekë, just one month after the founding of the concession company.

The biggest and most costly incinerator in Tirana, the three largest, was won by Integrated Energy B.V, based in Amsterdam, Netherlands. Although in Tirana were again exhibited as Klodian Zoto’s representative, Italian businessman Ernesto Granelli and Paul Wurth’s well-known plant production company, it is unclear who owns the concession company.

The data provided by the companies database in the Netherlands show that Klodian Zoto has resigned from Integrated Energy in March 2018. Previously, he was replaced by a shell company called Almares Management BV, headquartered in Amsterdam, with appointed directors and owners unknown.

Voice of America could not contact Klodian Zoton. While the “Integrated Energy” concession company, which agreed to reply only by email, said Zoto was not involved in the Waste Treatment Area project in Tirana.

The company diverted the question of who its shareholders or the company “Almares Management B.V” suggested, to address the authorities in Albania and the Netherlands.

The opposition accuses the government of granting its clients concessionary contracts. An interpellation conducted in February between Democratic MP Jorida Tabaku and ministers Damian Gjiknuri and Arben Ahmetaj however provided little response to the allegations.

The question of why the government had signed a direct negotiation contract in Elbasan, the Minister of Infrastructure and Energy, Damian Gjiknuri responded that “the municipality of Elbasan had announced a state of emergency for the waste situation”.

Meanwhile, Minister Ahmetaj – previously accused by DP for affiliation with Klodian Zoton denied having company with him.

In addition to the question marks on ownership, incinerator projects have raised concerns about multiplying the cost of waste treatment in Albania and their impact on the environment. The data provided by the State Treasury indicate that the Ministry of Infrastructure and Energy and the Environment have so far paid 13.4 million euros in the accounts of the concessionaire of Elbasan and about 8.4 million euros for the newly acquired Fier incinerator.

Meanwhile, the costs for the Tirana incinerator are expected to be several times higher.

Designed to have about 900 tons of waste per day, the company Integrated Energy has undertaken to invest more than 128 million euros for its construction and operation.

The bill will be repaid for the next 30 years by the Municipality of Tirana, which is forced into a contract to pay the concessionaire for a guaranteed amount of 550 tons of waste per day, regardless of the amount of waste that it will collect in the capital.

The contractual guarantee leads the minimum annual costs for the capital taxpayers to 5.8 million euros and the total value for the 30 years of the concession to about 174 million euros.

Even the Municipality of Tirana did not answer a request for comment on how much it would cost the waste treatment in the Sharra incinerator.

Director of the Albanian Center for Economic Research, Zef Preçi criticized the government’s decision to change the waste treatment strategy and added that it would cost multiple Albanian taxpayers.

“It is noticed that there is a departure from the ladfille method and the 4 to 5 times more costly cost increase to be processed, burned. There is a strange selection through the unsolicited bid method, which actually provides greater profits for companies, “Preci said.

The technology used and the pollution level monitoring have also caused debate among environmental experts in Albania.

The company that will operate the Tirana Incenerator, “Integrated Energy”, said in a written reply that “technology will be advanced, the best European practices that apply this industry”.

“To burn the incinerator for 30 years, 1 million tons of trash in Albania would be a huge pollution for this small country,” Feruni said.

“We are dealing with a downturn, which at best is a decision-making naivete and in the worst case, massive corruption,” he added.

Experts Preci and Ferun demanded the investigation of these concession contracts, as according to them they are suspected of clientele favoritism at the expense of Albanian taxpayers. They also demanded that the government restore the country in line with the strategy in place for urban waste treatment. 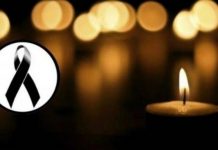 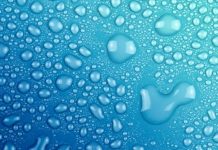 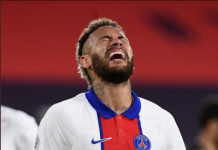 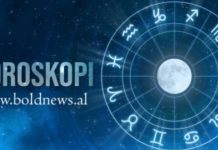